These are pictures of the main farm area just north of the house.

Milk house where milk was stored in coolers after milking. Picture was taken in 1963 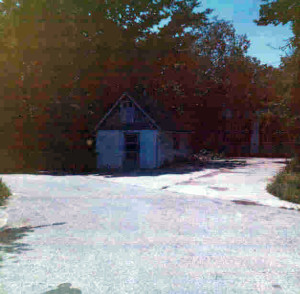 Diesel room located behind the milk house. This house had 3 diesel engines running generators producing DC current for all of Skiles’s property. 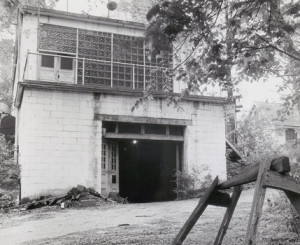 Milk cow named “Hoedown”. She was a very gently cow, you could even ride her. 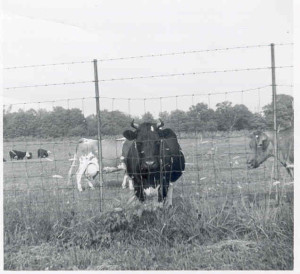 The building next to the car was the time clock room. The farthest building was the milk barn. Picture taken in 1963

Inlarge the picture and notice the old Nash cars rusting away outside the milk barn. 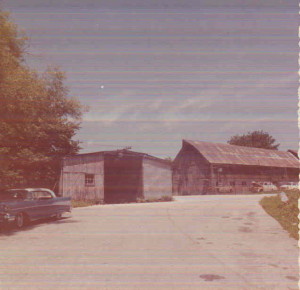 Tenant house where one of Skiles’s farm workers lived. 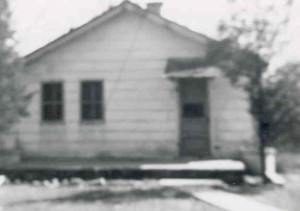 One of the farm trucks used on the farm. 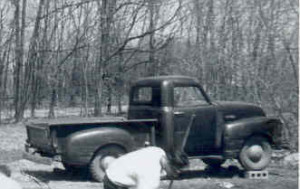 Picture of the auction after Skiles’s death. It was held in the east field (cow pasture). 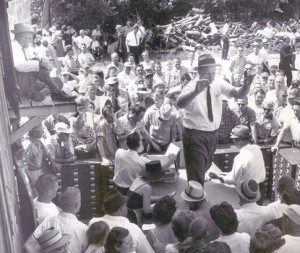 Novel based on the House of Blue Lights

This Novel is based on the famous legend and involves intrigue, murder and mystery surrounded by romantic passion. There are truths about the "House" blended throughout the fictional areas of the novel. It is available at Amazon.com in print or e-book. Click anywhere on the text or the picture for a link to Amazon.

There is a new article written by Ryan Hamlett for the website HISTORIC INDIANAPOLIS. It is an excellent article you should read. Click anywhere on the text for a link. You may also visit the stories tab.

Hey all you ghost hunters, check out Lee Folger's story in Stories tab.